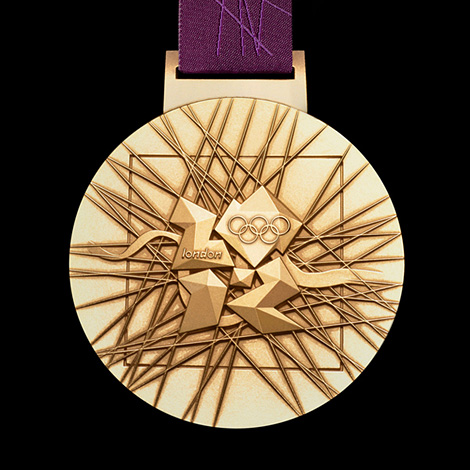 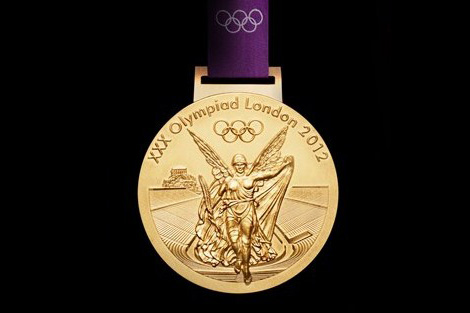 The medals for the London 2012 Olympics were designed by David Watkins and produced at the Royal Mint headquarters in Llantrisant, South Wales.

The design for the reverse features five symbolic elements:

The front of the medal always depicts the same imagery at the Summer Games – the Greek Goddess of Victory, Nike, stepping out of the depiction of the Parthenon to arrive in the Host City.

The details are not the details. They make the design