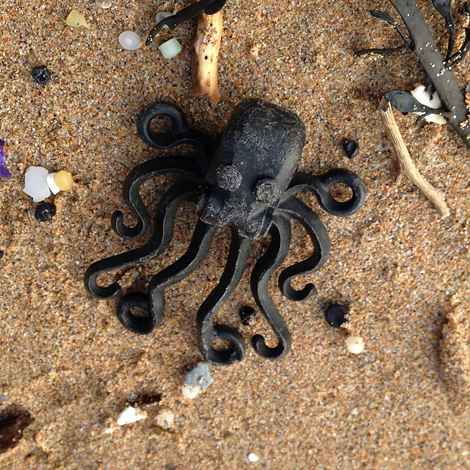 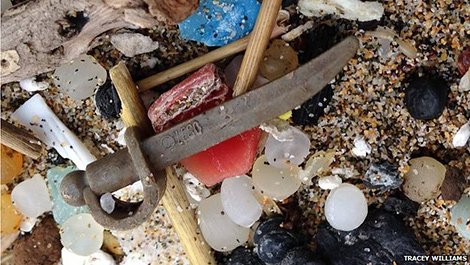 A container filled with millions of Lego pieces fell into the sea off Cornwall in 1997. But instead of remaining at the bottom of the ocean, they are still washing up on Cornish beaches today.

On 13 February 1997, container ship Tokio Express was hit by a wave described by its captain as a “once in a 100-year phenomenon”, tilting the ship 60 degrees one way, then 40 degrees back.

As a result, 62 containers were lost overboard about 20 miles off Land’s End – and one of them was filled with nearly 4.8m pieces of Lego, bound for New York.

A quirk of fate meant many of the Lego items were nautical-themed, so locals and tourists alike started finding miniature cutlasses, flippers, spear guns, seagrass, scuba gear but according to local Tracey Williams, who runs the Lego Lost At Sea Facebook page…

“the holy grail is an octopus or a dragon. I only know of three octopuses being found, and one was by me, in a cave in Challaborough, Devon. It’s quite competitive. If you heard that your neighbour had found a green dragon, you’d want to go out and find one yourself.”

Love the pitcher less and the water more.