Calder, a monograph book of the artist Alexander Calder by Jacob Baal-Teshuva, published by Taschen 1999. 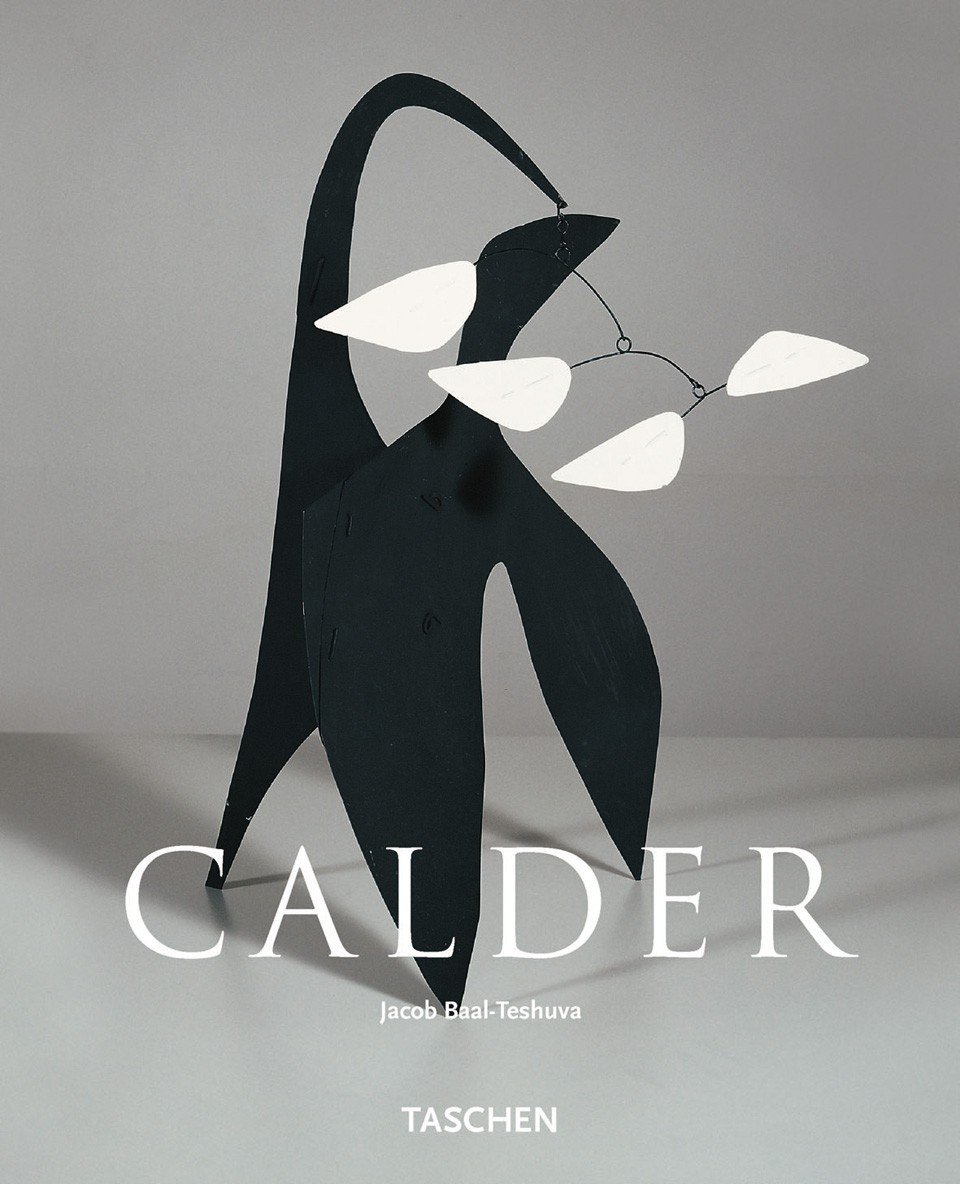 Calder, a monograph book of the artist Alexander Calder by Jacob Baal-Teshuva, published by Taschen 1999.

“When the final tally of key movers in the plastic arts of this century is compiled, there is no doubt that maestro of movement Alexander Calder (1898-1976), the man who put the swing into sculpture, will be near numero uno. Calder took it off the plinth, gave it to the wind, and left us kinetic playgrounds of the spirit. He operated at the point where Modernity and nature fused, developing an environmental art that changed the medium forever. Visiting his Paris atelier in 1932, Duchamp coined the term “Mobiles” for Calder`s delicate wire and disc pieces, constructions that would soon become immensely popular.

But he didn’t rest on his innovations. Friends with Miro, Mondrian and Leger, Calder also turned his hand to painting, drawing, gouaches, toys, textiles and utensil design. A graphic master who sketched as much in air as in ink, the Sixties and Seventies saw Calder take on the monumental, translating the dynamics of cities into both his Mobiles and “Stabiles”. At a time when sculpture was perceived to be the antithesis of movement, Calder unmade gravity and freed the elements in a body of work that is still sending a wind of change through the art world today.”

Lose your mind and come to your senses.