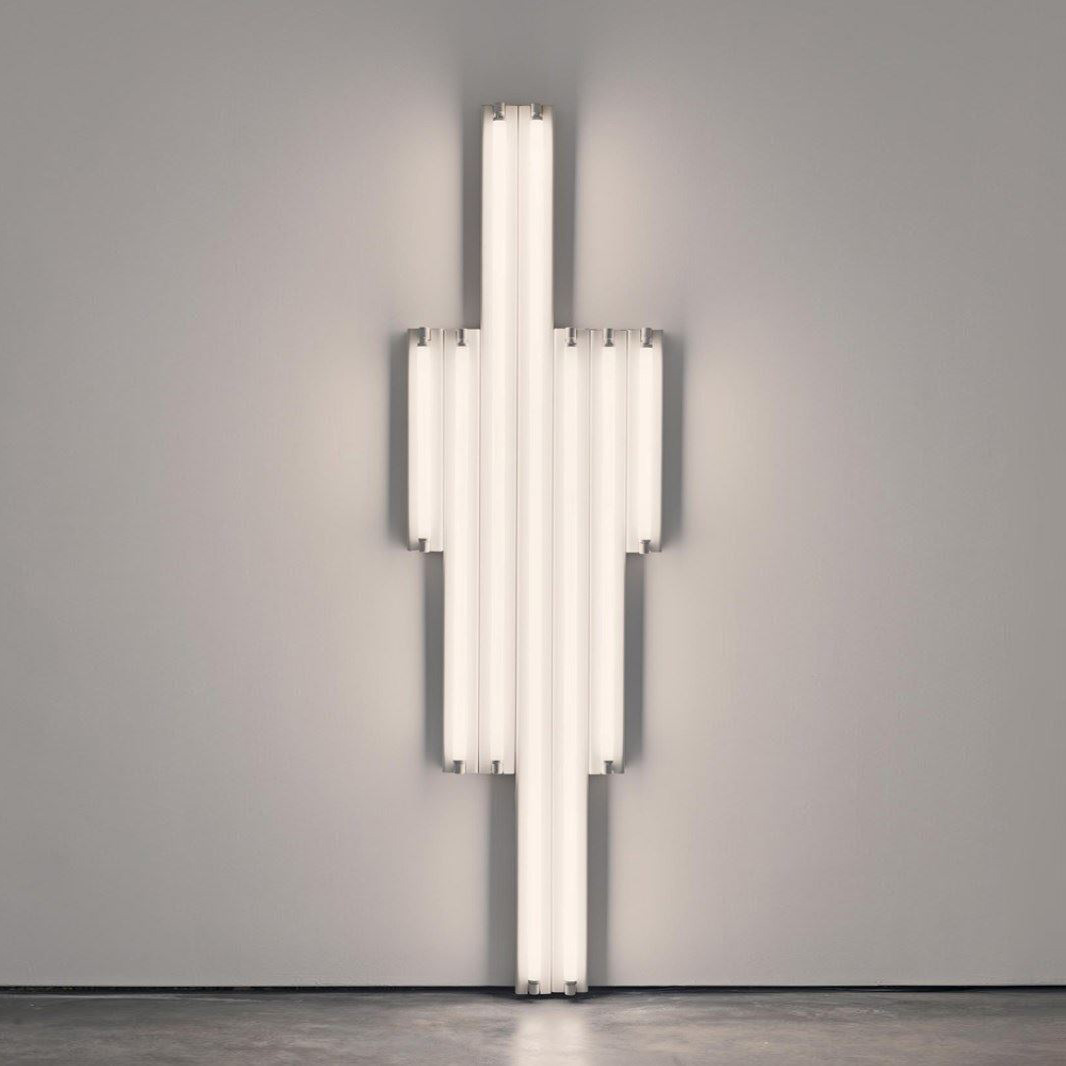 Flavin had a special admiration for the Russian artist Vladimir Tatlin’s proposed design for the Monument to the Third International, a revolving spiral that would have been taller than the Eiffel Tower. Like all Flavin’s sculptures, this work was made using pre-fabricated fluorescent tubes. He described it as a ‘monument’ partly as a joke, aware of the disparity between its modest materials and the traditional grandeur of monumental sculpture.

I know what the great cure is: it is to give up, to relinquish, to surrender, so that our little hearts may beat in unison with the great heart of the world.