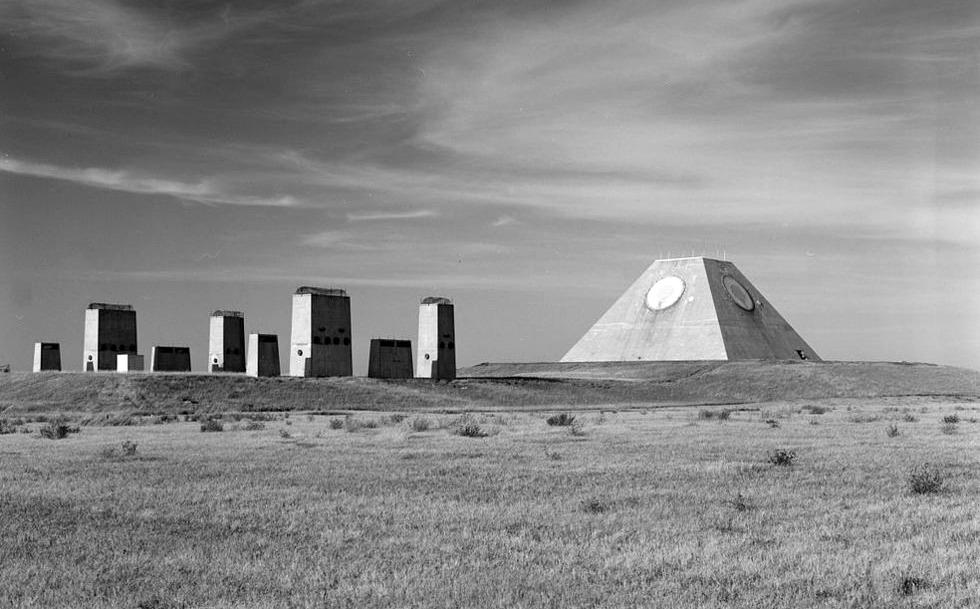 The Stanley R. Mickelsen Safeguard Complex was developed in the 1960s to shoot down incoming Russian intercontinental ballistic missiles.

Built at a cost of six billion dollars in Nekoma, North Dakota, the site was a massive complex of missile silos, a giant pyramid-shaped radar system, and dozens of launching silos for surface-to-air missiles tipped with thermonuclear warheads. It included a PAR “backscatter radar” site, designed to follow missiles being fired from Russia, which it would shoot down over Canada.

However, due to its expense, and concern over both its effectiveness and the danger of detonating defensive nuclear warheads over friendly territory, the program was shut down, having only been operational for less than three days. Its massive tunnels were flooded. Today it is a military-industrial shell in the middle of nowhere, or in the words of one writer, “a monument to man’s fear and ignorance.”

Take long walks in stormy weather or through deep snows in the fields or the woods, if you would keep your spirits up. Deal with brute nature. Be cold and hungry and weary.