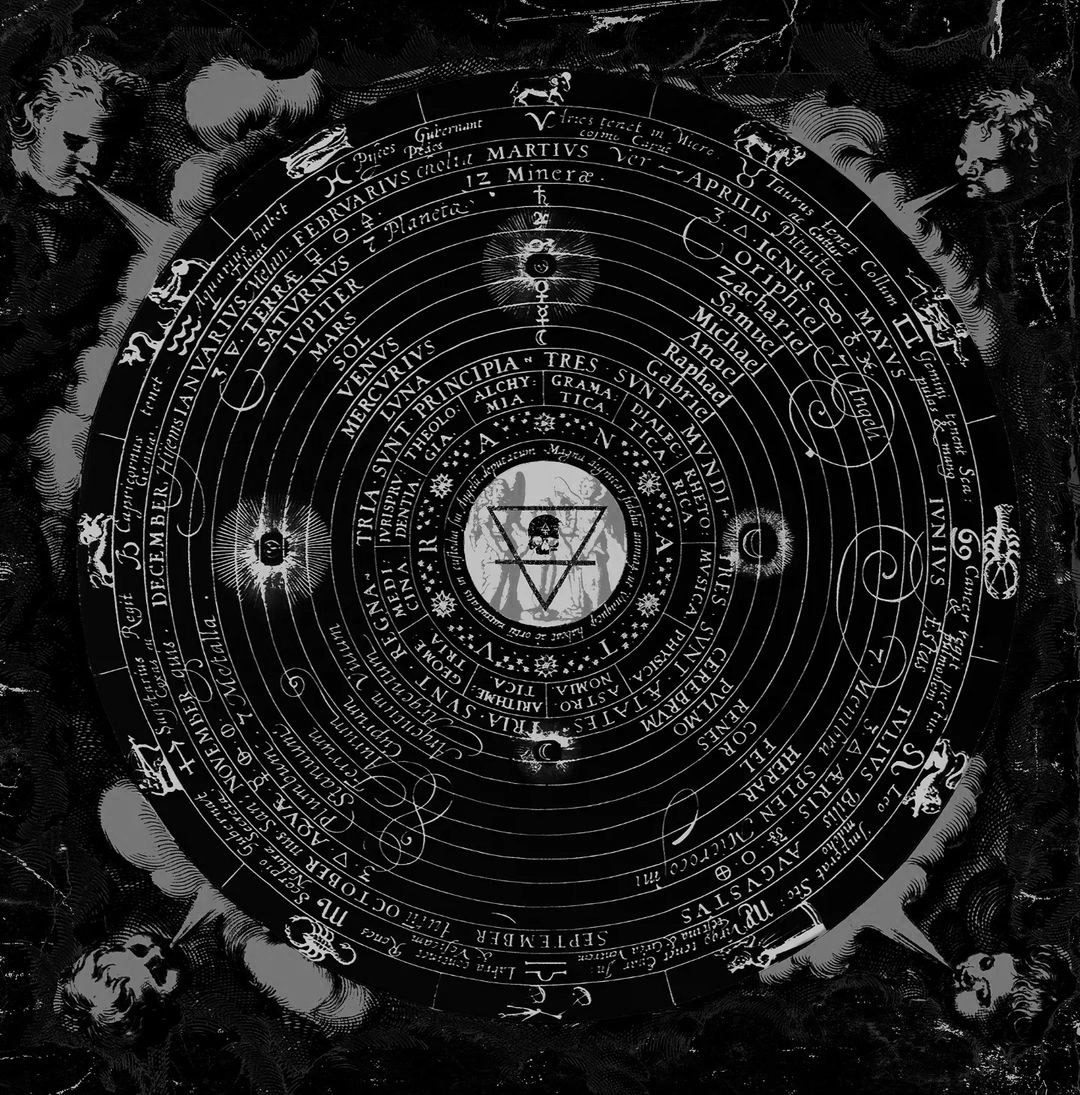 The schema of the cosmos according to the late medieval cosmology. According to this cosmology, the universe was a living thing, a ladder of spiritual being. The alchemical system portrayed in this complex diagram departs to some extent from the theological system, and even from the standard ptolemaic. The outer sphere consists of the zodiac, with its twelve images for the signs. In the conterminous sphere, are the corresponding sigils for the twelve signs, and an indication of which part of the human body these signs rule. The concentric next in descending order gives the twelve corresponding months and seasons. Then, in other concentric, follows the names of the four elements, along with a sigil denoting the relevant element, and a series of three sigils which are more difficult to explain: precisely why the Earth (Terra) should be linked with the sigils for Salt and Sulphur is not at all clear.