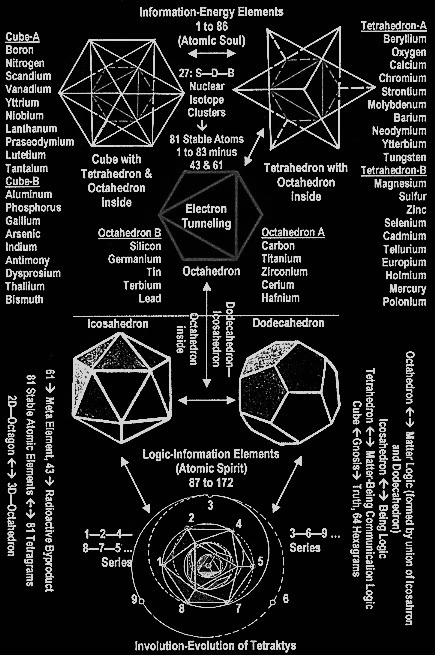 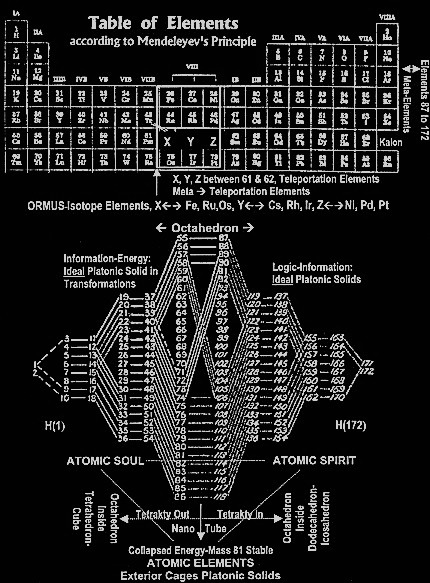 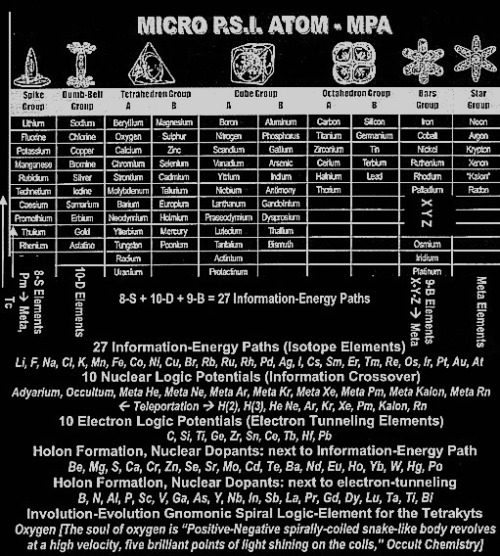 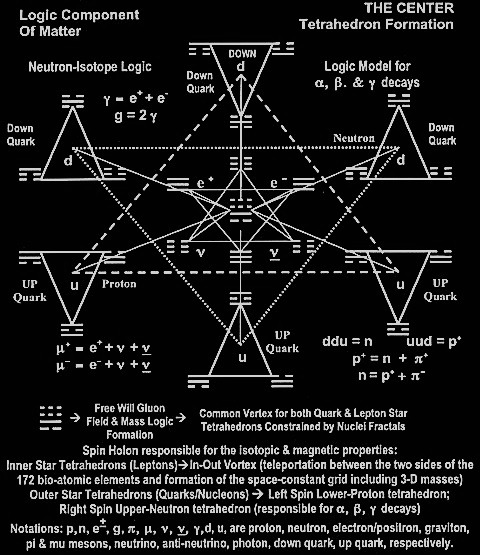 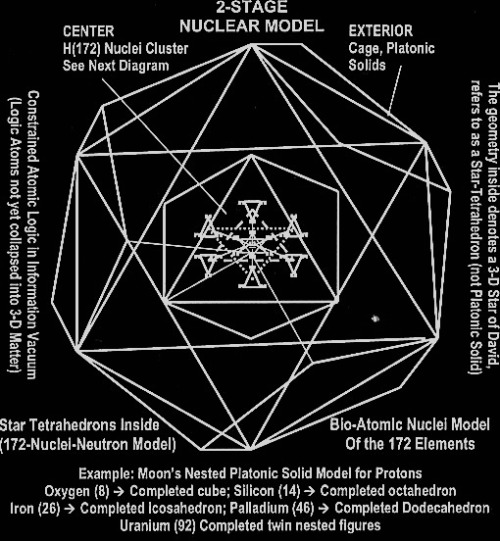 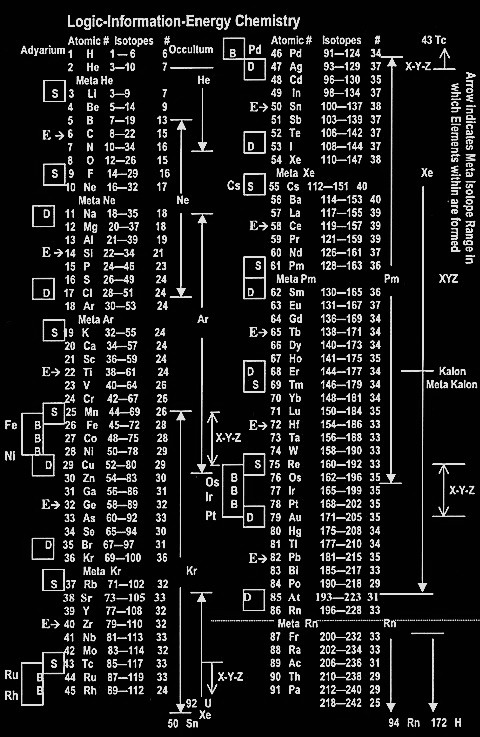 Nuclear model for the 172-Bio Atomic Table depicting the atomic Holon of Spirit-Soul-Elements.

Within this two-stage nuclear model, the working of Ormus elements and the meanings of Quantum Alchemy will be diagramed, namely the interrelationships among Spirit-Soul-Elements in the 172 Bio-atomic Table.

There are six diagrams in total, which must be viewed as a whole from both top-down and bottom-up. Top-down implies all the diagrams together, while bottom-up implies each diagram by itself. Within each diagram, top-down also has to do with the mandala as a whole, while bottom-up represents the details of the information flows within the mandala. In conclusion, the concept of Alchemy/Ormus is that the mind can influence the formations of atomic elements via the following connections in Quantum Physics-Chemistry.

The light constant (3 x 10 10 ) connected to free will and the mind is not only a member of the Physical Constants, but also generates all other constants. Again, the nine Chinese Characters are used to establish the mind-soul-spirit connections in Alchemy/Ormus. Again, the reader can definitely see the importance of these nine Chinese Characters play in the Matter-Being Paradigm.

If you keep shouting, you are not making communication any better. You are only removing talking and whispering from the system.