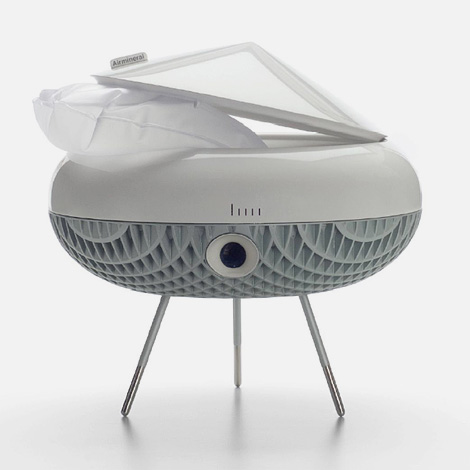 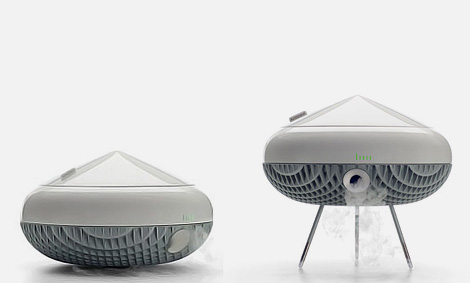 The Island air purifier, designed by French designer Mathieu Lehanneur  for Airmineral, sprays filtered sea water into the air forming a plasma, known as ‘quinton’ — a serum that has been used for its health benefits for centuries.

The micro-particles remain suspended in the atmosphere for several hours, allowing the essential minerals to be absorbed into the respiratory system and mucous membranes to produced benefits that include hydration, antioxidants and strengthening of the immune system.