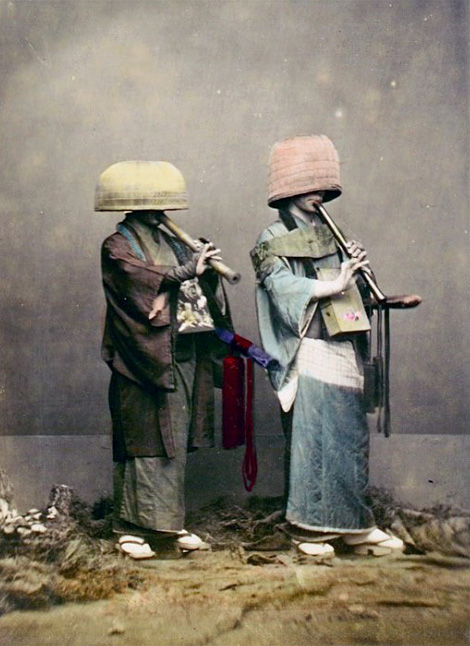 A komusō (虚無僧) was a Japanese mendicant monk of the Fuke school of Zen Buddhism, during the Edo period of 1600-1868.

Komusō were characterised by the straw basket (a sedge or reed hood named a tengai) worn on the head, manifesting the absence of specific ego. They are also known for playing solo pieces on the shakuhachi (a type of Japanese bamboo flute). The Japanese government introduced reforms after the Edo period, abolishing the sect.

Komusō means ‘priest of nothingness’ or ‘monk of emptiness’.