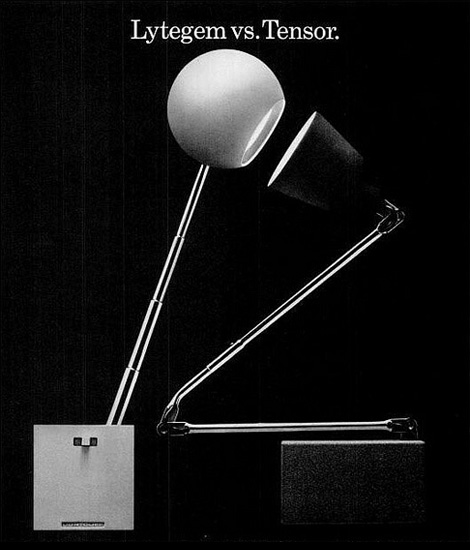 Tensor was an American company founded by Jay Monroe in 1957. It  became famous for the invention of a sturdy high-intensity desk light specifically aimed at students and was widely used in schools and laboratories throughout the US.

Although the Tensor was highly successful it later became challenged and eventually defeated by another popular rival lighting solution called the Lytegem, designed by Michael Lax and distributed by Lightolier.

American business schools later used the case study of the Tensor Corp to demonstrate that even with a great product, a company can flounder through poor management.

Beauty will result from the form and the correspondence of the whole, with respect to the several parts, of the parts with regard to each other, and of these again to the whole; that the structure may appear an entire and complete body, wherein each member agrees with the other, and all necessary to compose what you intend to form.