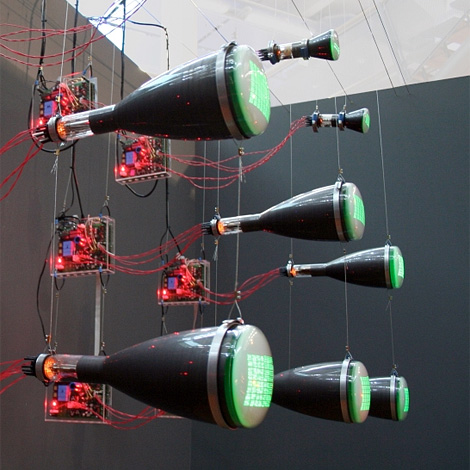 It really is worth checking out the Fun with Software exhibition at Bristol’s Arnolfini, which looks looks at the history of software and its relation to humour and fun.

My favourite of the exhibits is LoveLetters_1.0 by David Link. Read on for more details of the exhibit and it’s fascinating backstory. 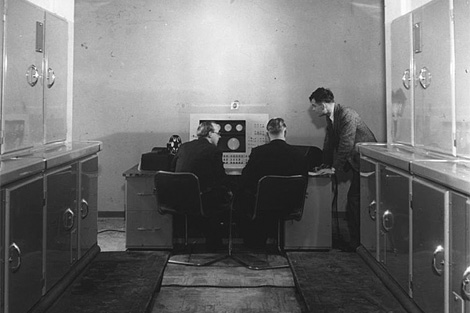 From August 1953 to May 1954 strange love-letters appeared on the notice board of Manchester University’s Computer Department:

DARLING SWEETHEART
YOU ARE MY AVID FELLOW FEELING. MY AFFECTION CURIOUSLY CLINGS TO YOUR PASSIONATE WISH. MY LIKING YEARNS FOR YOUR HEART. YOU ARE MY WISTFUL SYMPATHY: MY TENDER LIKING.
YOURS BEAUTIFULLY
M. U. C.

The acronym M.U.C. stood for ‘Manchester University Computer’, the earliest electronic, programmable and universal calculating machine worldwide; the fully functional prototype was completed in June 1948 and was based on Williams tubes as means of volatile storage.

One of the very first software developers, Christopher Strachey (1916–1975), had used the built-in random generator of the Ferranti Mark I, the first industrially produced computer of this kind, to generate texts that are intended to express and arouse emotions. 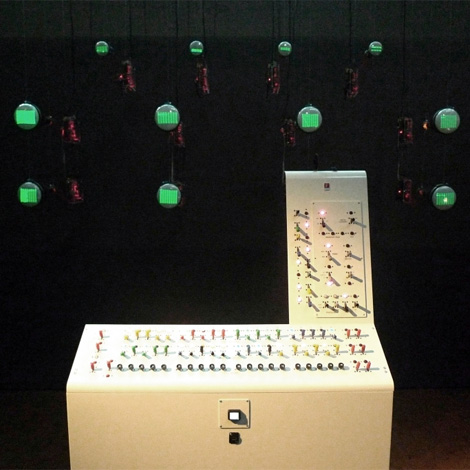 In the gallery the visitor is confronted with a functional replica of the Ferranti Mark I, which immediately conveys an impression of the functionality and limitations of the first computer. 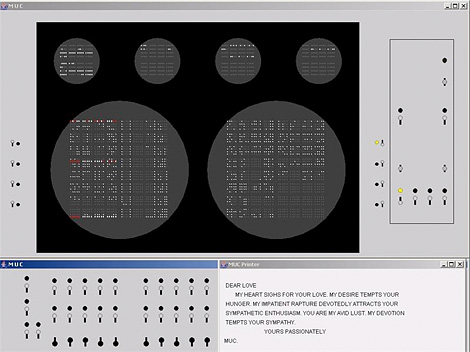 If the visitor employs the right combination of switches on the reconstructed user interface console, the Mark I executes the original code of Strachey’s software and plays “God Save the Queen” on a loudpeaker. A love letter is then generated and projected outside the front of the Arnolfini, where everybody can read it.

Pushing an illuminated button copies the poem onto any visitor’s USB stick — additionally, it can be downloaded from the project’s website, alpha60.de. 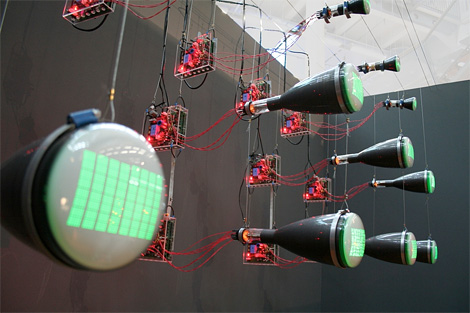 Once a day, at a randomly selected moment, the machine automatically prints a love letter on a restored Creed 7 teleprinter, from 1931 — a communication device from 1931 that helped organise the British response to Hitler’s threats; and two of the love letters generated will be played outside the front of the Arnolfini building. Each morning the generator randomly selects when these moments will take place.

The best things in life are nearest: breath in your nostrils light in your eyes, flowers at your feet, duties in your hand, the path of right just before you. Then do not grasp at the stars, but do life’s plain, common work as it comes, certain that daily duties and daily bread are the sweetest things in life.