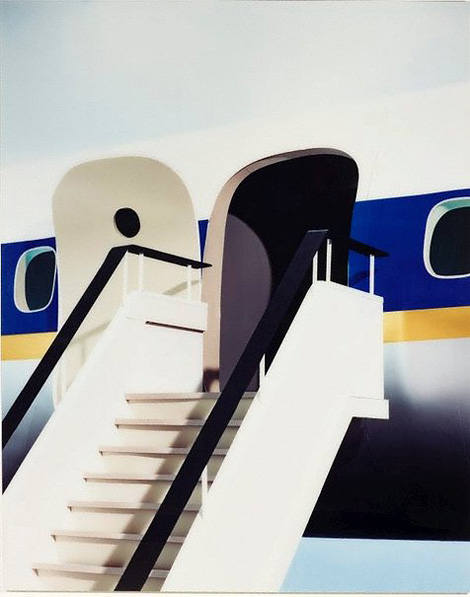 Thomas Demand’s work is specific: he often begins with a photograph, whether a news photograph or a postcard, and then builds a life-sized model of it in paper. He photographs the completed structure from a fixed point of view and then destroys it. The resulting images – which, because they are based on models, never feature people and only rarely letters or numbers – often seem reminiscent of a scene previously viewed, but the effect is elusive.

In ‘Gangway’ the open empty doorway of a generic passenger jet rendered both unspectacular and uncanny. Any number of famous people might have stood waving from the top of the stairs, but the source for the work is supposedly a news photograph of Pope John Paul II visiting Berlin.