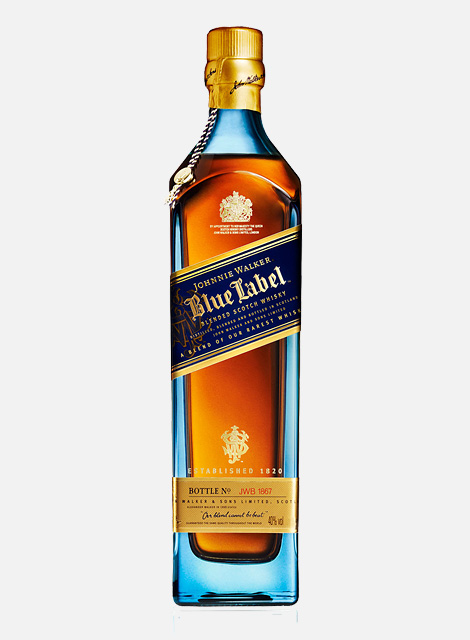 Where do you turn to when asked to review a bottle of posh whisky? Well to none other than the discerning palette of my Netsight colleague and whisky connoisseur, Daniel Marks. Take it away Daniel…

CAN it possibly be worth the price?

When a bottle of Johnnie Walker Blue Label arrives in the office it’s hard not to stare. Carefully nestled in its special box, the classic square bottle — designed so that more bottles could be safely packed and shipped together — has a remarkable heft to it. It looks and feels like a £180 bottle of whisky. The gold liquid inside promises so much.

The flagship blend of Diageo’s Johnnie Walker brand is a mix of more than a dozen malts — combined in an attempt to recreate the character and taste of early whiskies from the 19th century. Unlike most others though, Blue Label has no age statement. It’s rare and limited. It is what it is.

How do you approach a whisky like this? Richard Nixon used to drink it with ginger ale and a slice of lemon. But if you’re not a current or former US President you need to drink it properly. For whisky drinking advice, Richard Paterson is your man.

Find the right glass. Smell it. (Talk to it?). Stick your nose all the way in. Drink it. Savour it. Enjoy.

The problem is, how objective can one really be when drinking whisky that costs this much?

It smells like you’d think it should smell. It’s rich and full and after pouring my first glass I spent minutes just taking it all in. When I finally took a sip, I was…? I don’t know. The taste is there. It’s smooth. It’s good. It’s definitely good. Is it great? I still don’t know.

Reflecting after my third glass I think I’ve come to the conclusion that Blue Label is a fantastic whisky. It’s not as good as others, and I even prefer the (now discontinued) Green Label at a third of the price. It maybe lacks a little bit of flavour and it’s hard to justify the expense if all you want is a drink. But Blue Label is about more than that and I think that’s ok.

While I’d rather sit down with a bottle of Lagavulin or Caol Ila, Blue Label has its place. I’d love to have a bottle of it at home to bring out on special occasions. If I were buying whisky for someone as a gift, this would be it.

Johnnie Walker Blue Label isn’t the best whisky I’ve ever had, but I’d be tempted to say it’s the best bottle of whisky that’s ever sat on my whisky shelf. It may be an expensive Lamborghini that is out-performed by dozens of cheaper and faster and better cars, but it’s still the Lamborghini. I’m happy with that.

If you love the sacred and despise the ordinary, you are still bobbing in the ocean of delusion.