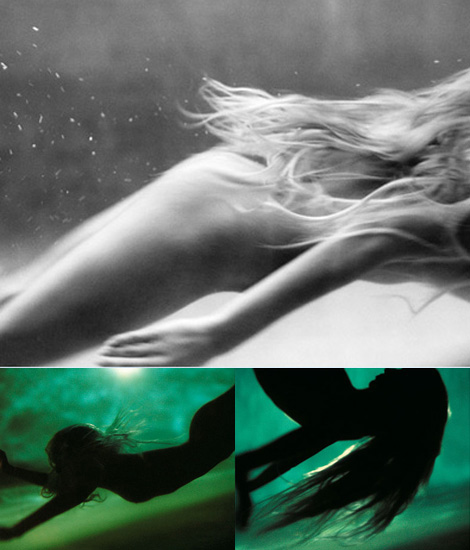 Michael Dweck is a photographer who’s timeless images have appeared in Vanity Fair, French Vogue, Esquire, Oyster, Black & White, and many other publications. Notable for his photographs capturing the vanishing surf culture of Montauk, a sleepy fishing village that in the 1970s became a haven for East Coast surfers, who, if Michael’s images are to be believed, were inclined towards surfing naked..! ;-)

The above images are from a collection called Mermaids.

Man fixes some wonderful erection of his own between himself and the wild chaos, and gradually goes bleached and stifled under his parasol. Then comes a poet, enemy of convention, and makes a slit in the umbrella; and lo! the glimpse of chaos is a vision, a window to the sun.