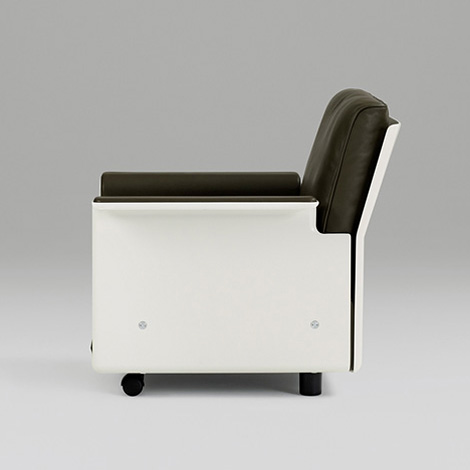 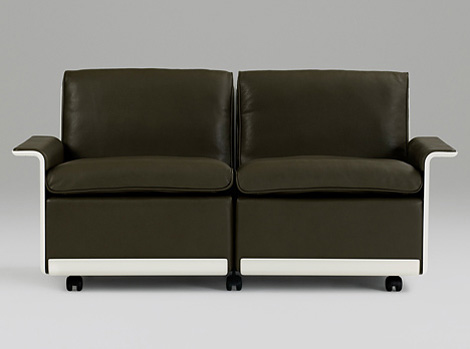 Like Rams’ 606 Universal Shelving System, which Rams designed for Vitsœ in the same year, the chair is an adaptable piece of furniture that can be joined with other chairs to form a multi-seat sofa.