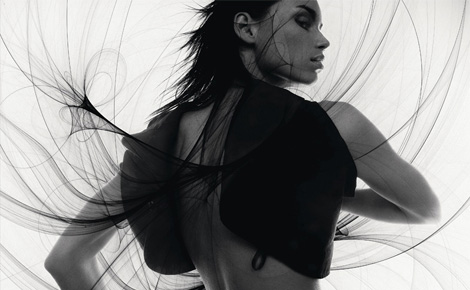 Photographer Clayton Cubitt has some notable words of advice for aspiring photographers in his blog — here is just a sample:

Rules were meant to be broken, yes, but it feels much better if you know what the rules were in the first place. Picasso started as a realist. Once he had that down he could paint whatever he wanted. Be like Picasso. He got laid a lot.
——
OK, artsnobs, cringe all you want because they sell his prints at the mall, but when Ansel Adams said “There is nothing worse than a sharp image of a fuzzy concept” he was clued in to a fundamental truth of the universe. Also, you’re just jealous that his shit’s popular.
——
Bokeh is the term that describes the out-of-focus areas in a picture. These areas are just as important as the in-focus areas. Just like life.
——
Expensive gear won’t make your images better, and more gear won’t make you more effective. If you can’t do it with a basic camera, you can’t do it. The simplest 10% of a camera does 90% of the work. The rest is cock-waving for specialists. That short, aging bald guy in the red sports car? The one with erectile dysfunction? That’s your fancy camera.
——
What makes up a style? Find a photographer you really admire and rip him off mercilessly. Consider it a remote apprenticeship. This is the history of culture. One day you’ll accidentally start doing original work, and then some young punk will start ripping you off. And the cycle of life is continued…

With thanks to the always excellent Kitsune Noir.