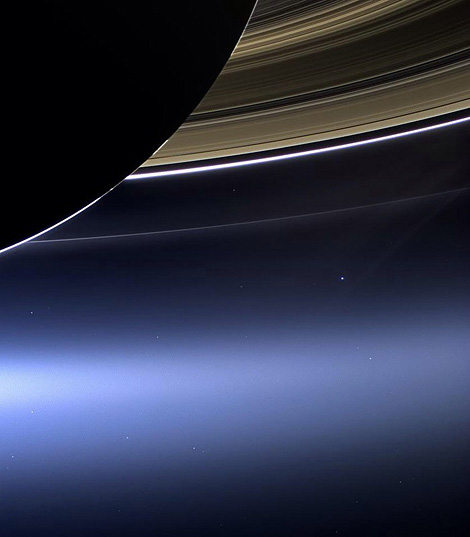 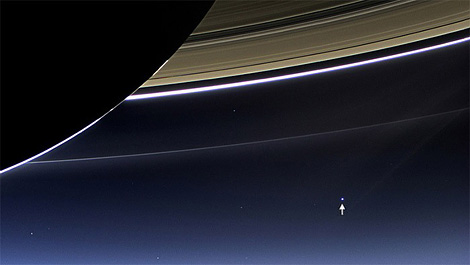 In this rare image taken on July 19, 2013, the wide-angle camera on NASA’s Cassini spacecraft has captured Saturn’s rings and our planet Earth and its moon in the same frame.

The Earth, which is 1.44 billions kilometers away in this image, appears as a blue dot in center right; the Moon can be seen as a fainter protrusion off its right side.

Via The sky is not the limit.