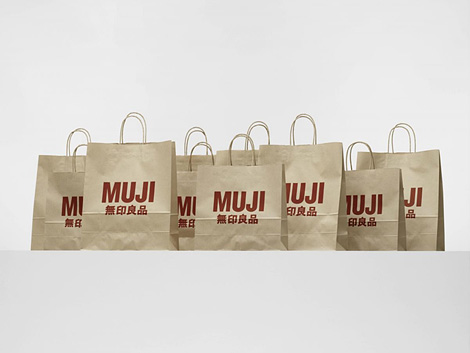 Jasper Morrison says MUJI is good for you…

“My father was in the advertising business, and one of his clients was the Irish Brewery, Guinness. When I was about eighteen years old, before I went to design school, he arranged a job for me at the London brewery. My job was to design Guinness products for the African market, where it was believed that the beer had the magical power to improve the manhood of anyone who could afford it. The advertising slogan for the company at that time was “Guinness is good for you,” and in fact it had been proved by doctors that Guinness was good for you, so they started to give it to the patients in hospitals. When MUJI asked me to write something about the company I remembered this phrase because there seemed to be some parallels between the beer company’s outrageous claim, which turned out to be an honest one, and MUJI. Can a company be good for you? I think so.

In a world where everything is marketed and calculated to be a best seller (even if very few succeed) it is surprising to find a company which takes an opposite approach with the products they offer. Stripping things down, reducing form and colour and denying them the primary role which they usually have would seem like a sure way to lose sales. Such a ‘philosophy’ could never have been developed in the west, where to sell anything you have to shout louder than your neighbour, and where the marketing department controls everything, including the president. So it’s no surprise to find that this company’s origin is Japan, a country with the strongest tradition of sensibilities in aesthetics and daily life.

As a public company there’s no question of MUJI operating like a charity, and yet for the consumer there’s an impression of generosity: not just economic, but also conceptual. A typical MUJI product has just a small bit of extra thought which aims to be helpful to the customer, like the marker pen which is wider at one end than the other, signalling clearly and simply the thickness of the marker stroke at each end, or the towel with a detail which divides the whole into smaller squares which allows it to be cut up into floor cloths when it’s useful life as a towel is up. These are just two examples. Other MUJI products may express their concepts less visibly, and yet in use, over time, show another kind of generosity, the type which comes from doing a job well for a long time without complaint.

So how can MUJI be good for you? Generally speaking, things are not good for us; too many or too valuable and we are corrupted. But, we all need some things (even Gandhi had a pair of spectacles, some sandals, a bowl, a dish and a pocket watch) and to some extent we are defined by our choices of those things. We may reveal to others in our choice of things that we have good taste or bad taste, expensive taste, cheap taste, modest taste, flashy taste, snobbish taste or no taste at all. Between the moment of choosing and paying for something and the day we no longer have a need for it, there are certain exchanges between the thing and us. The service provided by the thing on the one hand and how we feel about being its owner on the other hand. For some, owning a Ferrari may be the most important thing in life, but is owning something which only a few others can afford good for you? I don’t think so.

There is an English importer of wine which has been selling Bordeaux wine in England for more than 300 years, and besides all the expensive wines that they offer, there’s one which they call “Good Ordinary Bordeaux,” which costs much less than the others but which is fine to drink as an everyday wine. Similarly, the MUJI concept is to make things as well and as cleverly as possible at a reasonable price, for the thing to be ‘enough’ in the best sense of the word, and this kind of ‘enough’ is good for you because it removes status from the product/consumer equation and replaces it with satisfaction. The kind of satisfaction that you have when the money you exchange for the thing is in good proportion with the value which you receive from the thing, and the thing itself is good at being itself without any pretension of being anything more special.”