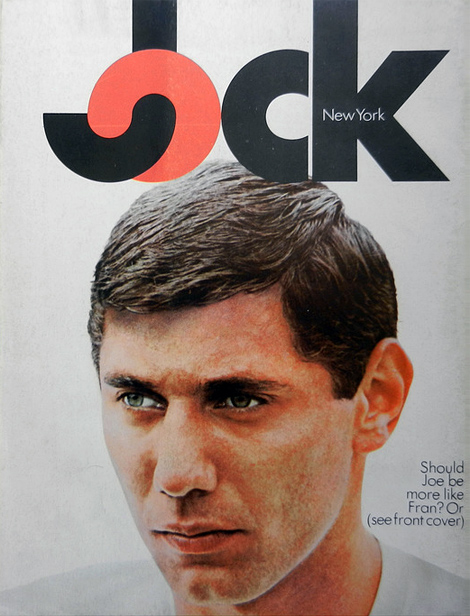 Front and back cover of Jock New York magazine, November 1969.

A rare gem in American, and particularly New York sports history, Jock New York magazine has been all but forgotten. It lasted only 8 issues from 1969 to 1970, but despite it’s troubles, Jock was truly the first “sports lifestyle” magazine that featured beautiful photography and writing from the best sports journalists of the time.

From the Editor Mickey Herskowitz in 1969:

“Jock New York is the new adult sports magazine. Polo? Jock doesn’t know polo. Jock is about the passionate sports – the 3 balls, and hockey, and the fights, and the races. Jock is for the fan in us all – the living ex-child who roots and sweats and kicks the TV, who has known hate for an umpire and love for a tight end, and who on January 12, 1969, was not ashamed to weep for joy.”