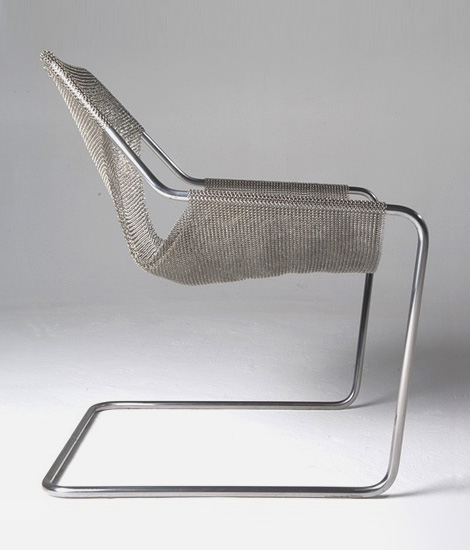 The Paulistano armchair is comprised of a single bent piece of steel with a sling cover, outstanding in its comfort as well as in its visual lightness. Shown here in special edition mesh version, it is normally seen with a canvas or leather sling.

Originally designed in 1957 by Pritzker prize laureate Paulo Mendes da Rocha, the “Paulistano” armchairs were once part of the living room of the Athletic Club, in São Paulo, later being included in the collection of the Museum of Modern Art, in New York.