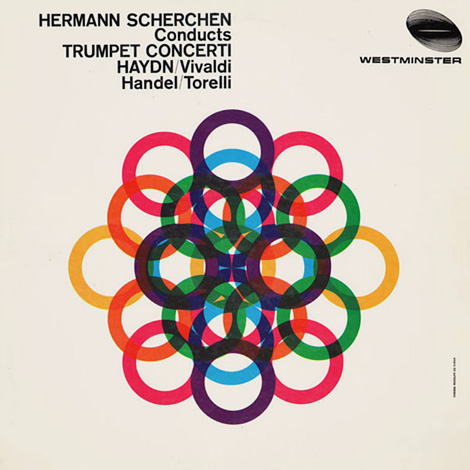 US designer Rudolph de Harak (1924 – 2002) is mostly known for his book covers and for the album sleeves of Westminster Records. His magnum opus is considered the 1960’s design for McGraw-Hill paperbacks which brought him to produce nearly 350 covers on a multiplicity of subjects ranging from philosophy to science, anthropology and psychology.

His interpretation of each subject is always subtle and innovative as he experimented with a variety of visual arts styles such as op-art as well as abstract expressionism or conceptual art or even Max Bill’s Swiss modernism.

His main effort is to continuously reduce the number of forms and colors and to limit the number of typefaces in order to better express complex notions and concepts. The covers are devoid of any straightforward symbolism and they usually show an abstract quality, far from being mere illustrations of an idea.

Grids do not exist in a vacuum. They exist in relation to the content.
We never start with a grid. We start with an idea which is then translated into a form, a structure.