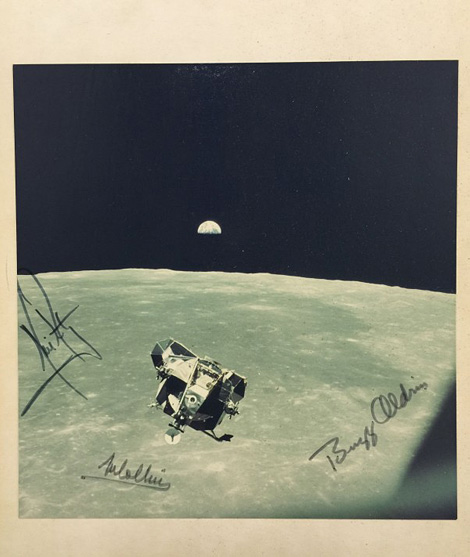 A rare signed photograph taken during the first moon landing has sold for £5,200 at auction. It was given to the owner of a firm who arranged limousines for the astronauts during a 1969 London visit.

Shot by astronaut Michael Collins, who stayed on the spacecraft throughout the mission, it shows the lunar module being guided from the moon’s surface by Edwin “Buzz” Aldrin and Neil Armstrong, with the Earth visible in the background.

Duct tape is like The Force. It has a light side, a dark side and it holds the universe together.