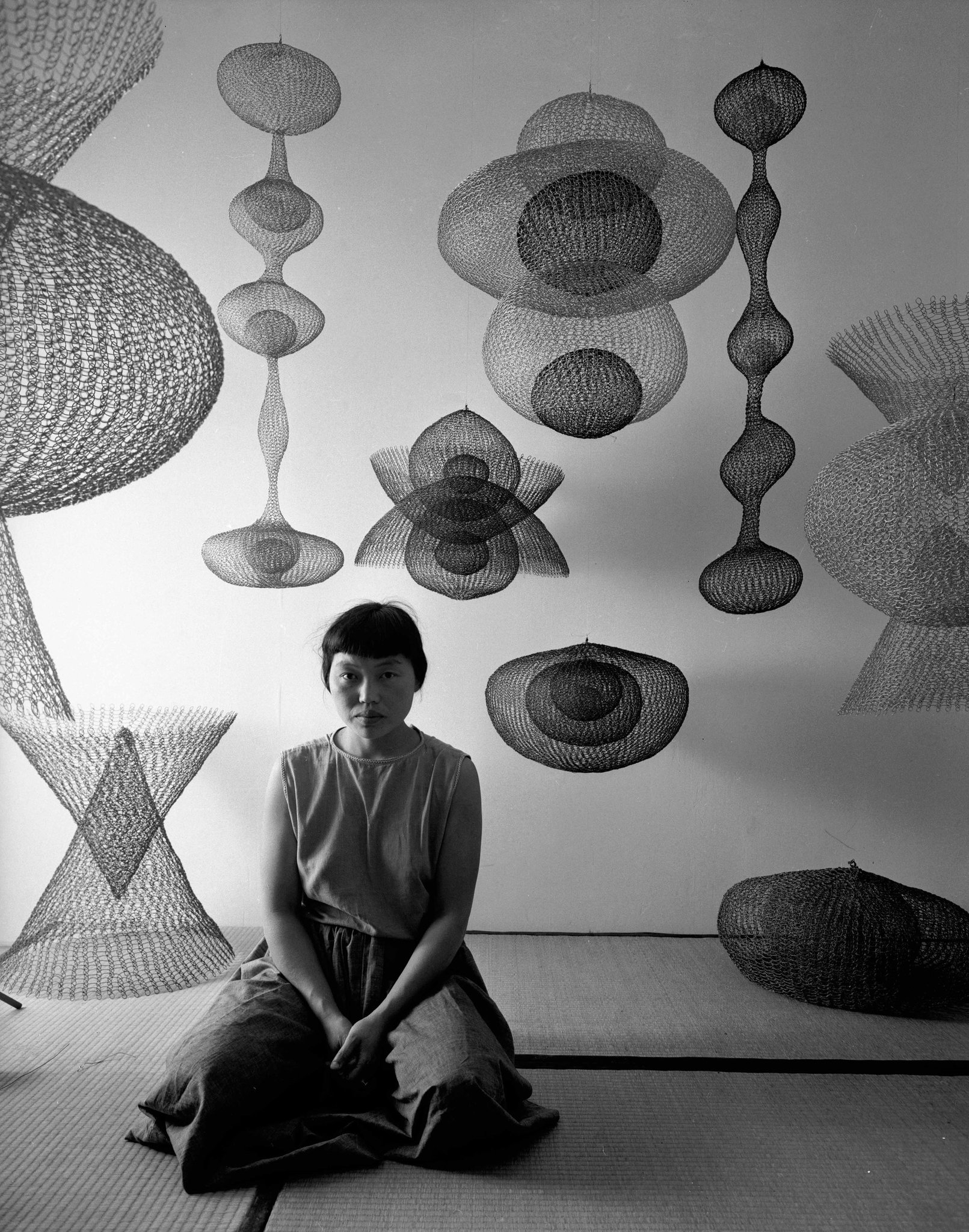 American sculptor Ruth Asawa had started exploring wire as an artistic medium after a trip to Mexico in 1947, when she noticed looped wire baskets being used in the markets to sell eggs and produce.

“I was interested in it because of the economy of a line, making something in space, enclosing it without blocking it out,” she explained. “It’s still transparent. I realized that if I was going to make these forms, which interlock and interweave, it can only be done with a line because a line can go anywhere.”