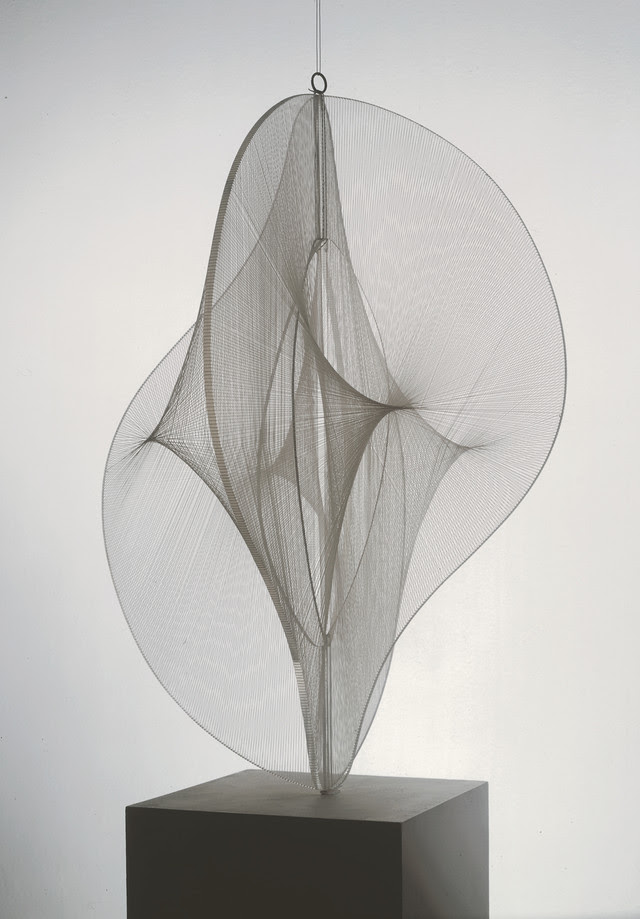 Tate St Ives is to open a major exhibition of one of the pioneers of constructivism, Naum Gabo (1890-1977). Offering an extensive presentation of the artist’s sculptures, paintings, drawings, and architectural and public projects, this will be the UK’s first large-scale Gabo exhibition in over 30 years and will mark the centenary of his The Realistic Manifesto 1920, a seminal proclamation of the modernist era.

Tate St Ives will present a rare opportunity to see the full scope of Gabo’s interdisciplinary work and will offer a fresh perspective on his ground-breaking experiments that made time, space and synthetic materials the key building blocks of modernist art practice. The development of those ideas will be shown through Gabo’s innovative use of plastic in sculpture and stage design, his activation of abstract forms in time-based art, and his painting and prints. It will show how this visionary of his era became fundamental to developments in 20th century art.

Gabo was born in Russia and travelled across western, eastern and northern Europe, residing finally in the United States. A truly transnational artist, he worked closely with key artists and thinkers of the avant-garde—Kazimir Malevich and Wassily Kandinsky in Russia, Sergei Diaghilev and Antoine Pevsner in France, Hans Richter and El Lissitzky in Germany, Ben Nicholson and Barbara Hepworth, Henry Moore and Herbert Read in Britain. He was involved in the teaching and publications of seminal avant-garde schools and groups—constructivists Vkhutemas in Russia and Bauhaus in Germany, Abstraction-Création in France and the Hampstead and St Ives artist communities in Britain—greatly contributing to the formulation and dissemination of modernist ideas and principles. Gabo’s commitment to the social mission of artistic creativity meant that he strived to bring art closer to everyday life. He saw contemporary practice as central to building a new society through architecture, public art, film and theatre.

Our understanding of Gabo in the 21st century will be reconsidered through the exhibition’s key themes. It will address his notions of rhythm, movement, time and structural force that inspired the transparency of his sculptures, the spatial dynamics of his architectural designs, and even the “most constructive of arts”—music. Presenting the breadth of Gabo’s practice, the show will mark one hundred years since the launch of The Realistic Manifesto 1920, which laid the foundations of these ideas. Gabo’s key works and public projects will also be presented in this ground-breaking exhibition. His pioneering work Kinetic Sculpture (Standing Wave) 1919-1920, often considered the first kinetic work of art, creates a sculptural “volume” through the movement of a mechanised form and demonstrates his concern with linking visual art to time-based artforms. A model for Gabo’s “ideological contribution to Constructivism” that flanks the De Bijenkorf department store in Rotterdam will be on public display for the first time, demonstrating his ideas about redefining public spaces with sculptural forms.

The exhibition will also present Gabo’s original designs and models for Diaghilev’s radical Ballets Russes production of La Chatte in 1927, along with a video recording of the reconstructed performance. Gabo’s belief in the power of sculpture to express human experience in conjunction with modernity is epitomised in many of his works, including Linear Construction in Space No. 2 1949-76, the form of which is fully shaped by transparent materials and movement. Gabo’s diverse output will also be highlighted in this exhibition: while he worked with plastics and transparent constructions, he also used painting and colour as an element of his work. Kinetic paintings such as Turquoise Kinetic Painting 1945 will be displayed alongside his sculptures.

Love is a snowmobile racing across the tundra and then suddenly it flips over, pinning you underneath. At night, the ice weasels come.