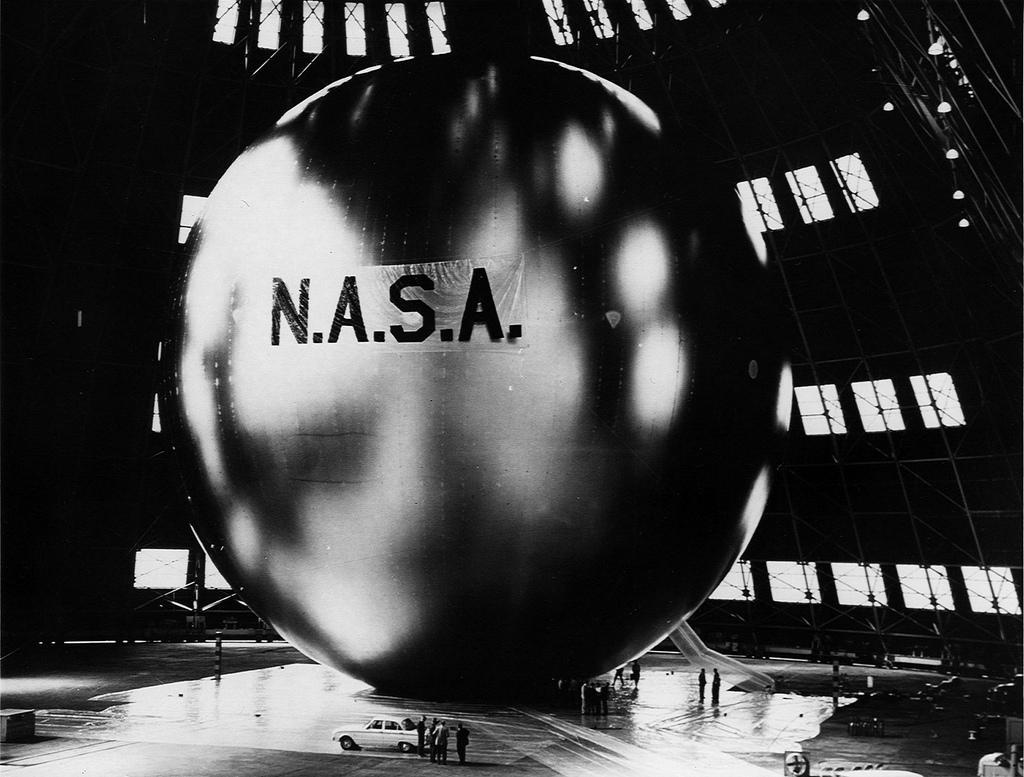 NASA launched the Echo I communications balloon satellite on Aug. 12, 1960.

The 100-foot-diameter (30.5 meter) satellite, designed by the Space Vehicle Group of the NASA Langley Research Center and constructed by General Mills of Minneapolis, Minnesota, was shown during ground inflation tests in 1959.

Suspended from the ceiling of a hangar the sphere, named “Echo,” was inflated by use of a blower connected to the satellite by a hose. Forty thousand pounds (18,144 kg) of air was required to inflate the sphere on the ground, while in orbit it only required several pounds of gas to keep it inflated.

The ordinary acts we practice every day at home are of more importance to the soul than their simplicity might suspect.