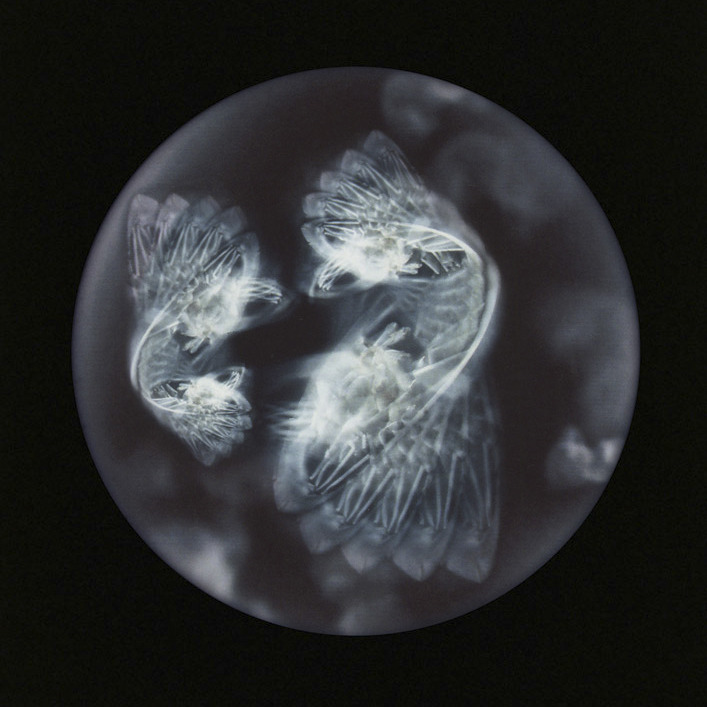 Plankton form a diverse group of microscopic marine organisms living in the water column, not able to swim against the current they exist in a drifting, floating state. In this series unique ‘specimens’ of this animal species relate to the pioneering discoveries made by John Vaughan Thompson in Cobh, Cork harbour during the 1800’s.

Presented as microscopic samples, objects of marine plastic debris, recovered from the same location, mimic Thompson’s early scientific discoveries of plankton. The work represents the degradation and contamination of plastic particles in the natural environment, by creating the perception of past scientific studies, when organisms where free from plastic. Enveloping black space evokes the deep oceans beneath. Presenting new ‘specimens’ created from recovered debris, serves as a metaphor to the ubiquity of plastic and the anthropocene, encapsulating in miniature the much larger problem of an imperfect world.

Simplicity is the ultimate sophistication.