Plan of the Path of Light 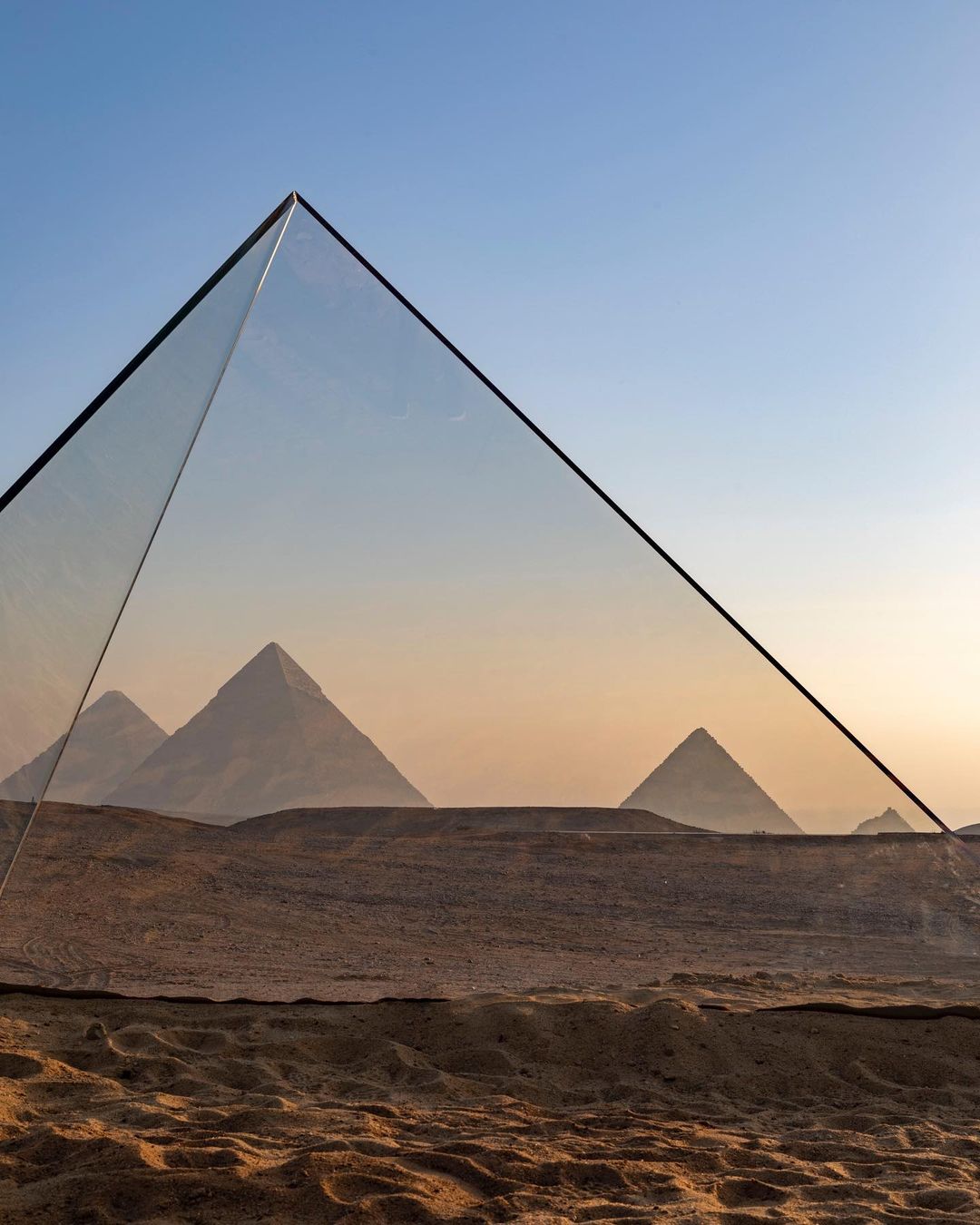 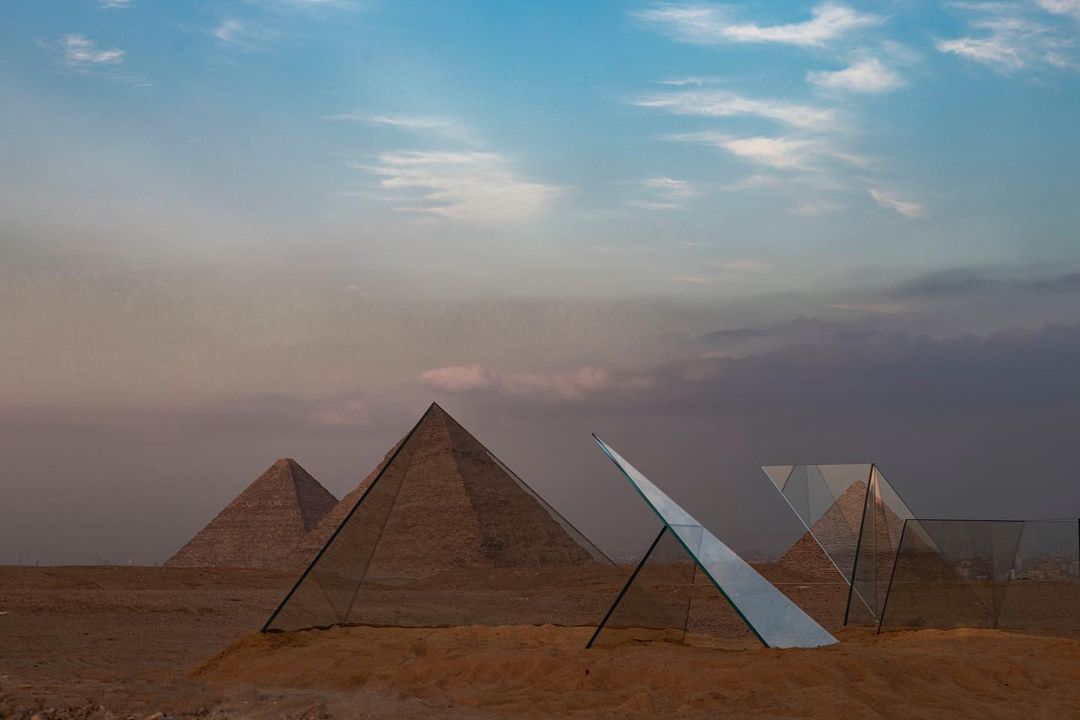 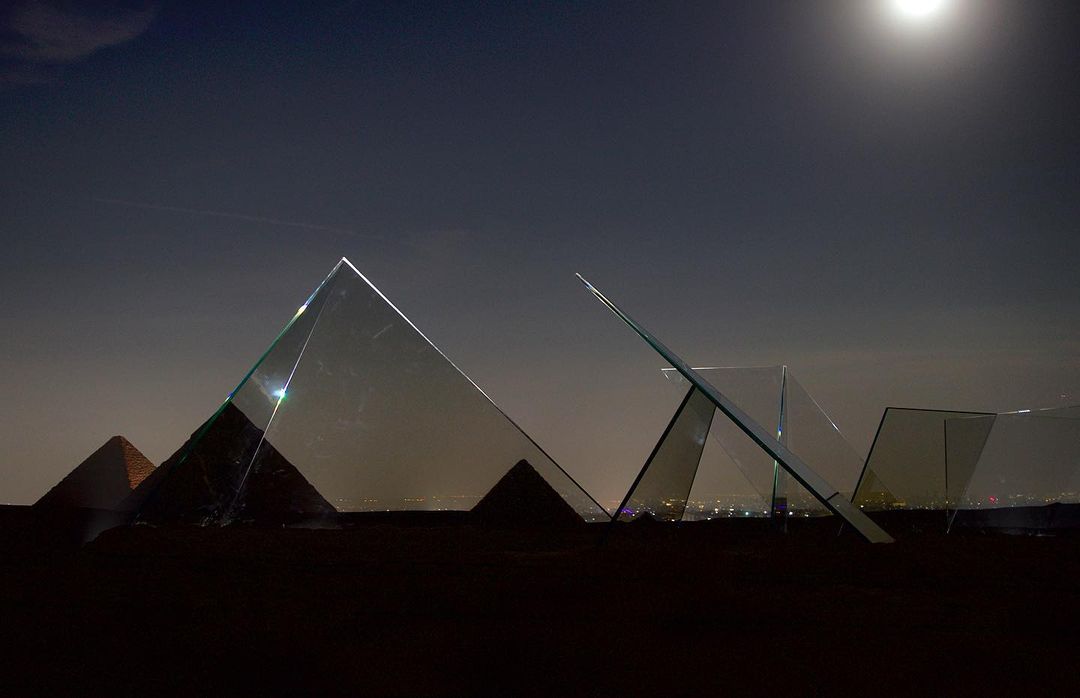 (Plan of the Path of Light) In the House of the Hidden Places installation by Shuster Moseley.

“The work counterbalances expressions of geometric form and measure that are aligned to celestial points and stellar horizons, creating a kind of optical clockwork that reveals itself in an ever-shifting paradigm of illuminated planes. It interfaces between the viewer and the cosmos, with shapes counterpoised to create glyphic expressions of materiality, balanced on the terrestrial horizon but activated by the path of the sun and stars. Behind the abstract simplicity of the forms is a matrix of symbolic angles, measures and orientations, each carefully encoded with significations inspired by the optico-geometric magic of the Great Pyramids. The glass, whilst reflecting a future oriented aesthetic reminiscent of technological interfaces and contemporary architectures, in fact becomes a intermediary suspended between materiality and transparency; the visible and the invisible. The work intends to create a kind of interdimensionality by opening up these screenic interfaces, linking the experience of the present to both the ancient world and our future technological landscape.”