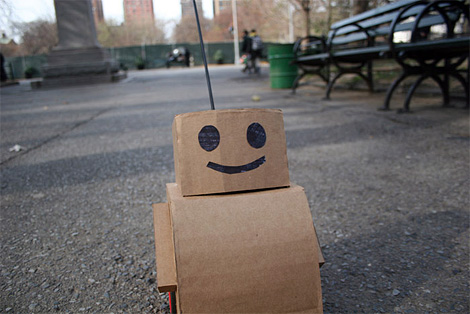 An interesting experiment in humanity’s interactions with robots, Tweenbots are human-dependent robots that navigate the city with the help of pedestrians they encounter. Rolling at a constant speed, in a straight line, Tweenbots have a destination displayed on a flag, and rely on people they meet to read this flag and to aim them in the right direction to reach their goal. 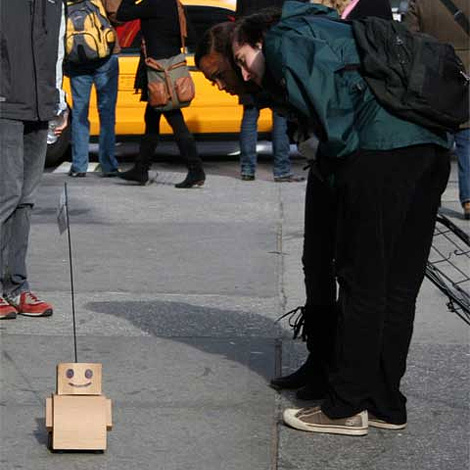 The results were unexpected. Despite their apparent vulnerability, throughout numerous missions, the Tweenbots were successful in rolling from their start point to their far-away destination assisted only by strangers.

“The journey the Tweenbots take each time they are released in the city becomes a story of people’s willingness to engage with a creature that mirrors human characteristics of vulnerability, of being lost, and of having intention without the means of achieving its goal alone. As each encounter with a helpful pedestrian takes the robot one step closer to attaining it’s destination, the significance of our random discoveries and individual actions accumulates into a story about a vast space made small by an even smaller robot.”

We may be small but we are big where it counts