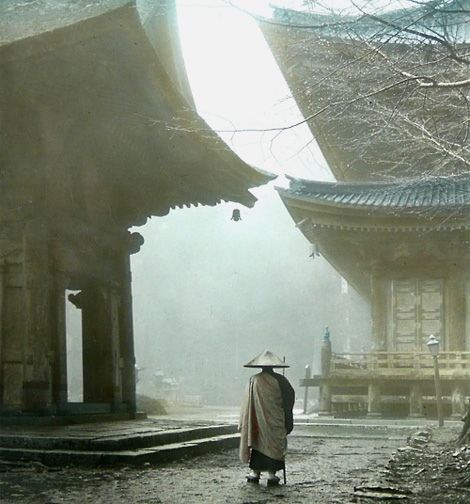 Lantern-slide image of Hieizan Enryakuji temple at Mount Hiei, Kyoto, ca. 1900-10, attributed to Kozaburo Tamura and published by T. Takagi of Kobe, Japan. The colour in the image was added later and may not be accurate.

It was on Mount Hiei that the monk Saicho (767-822) established the first Tendai monastery in Japan. Enryakuji became a great center of Buddhist learning that influenced all schools of Buddhism in Japan for centuries. At its peak Enryakuji had as many as 3,000 sub-temples and an army of warrior monks to protect them.

A design should have some tension and some expression in itself. I like to compare it with the lines on a football field. It is a strict grid.
In this grid you play a game and these can be nice games or very boring games.