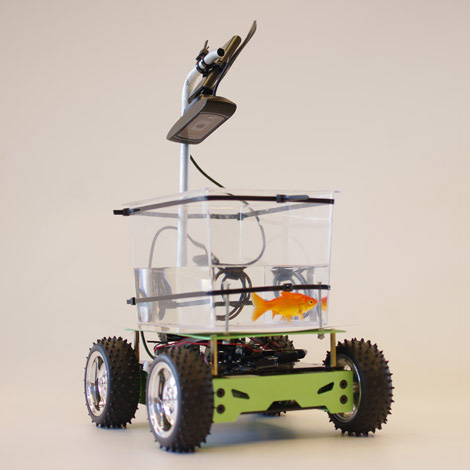 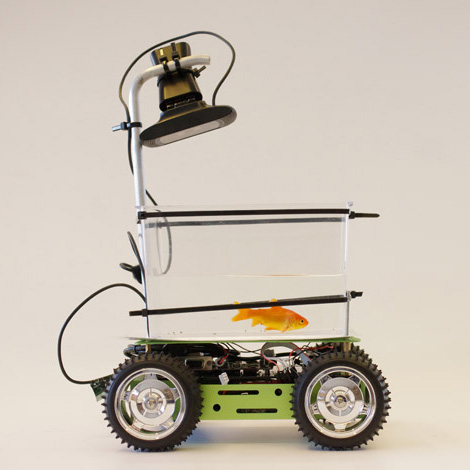 Dutch design collective Studio Diip has added wheels and sensors to a fish tank so that its inhabitant can drive it by swimming in a certain direction.

As the fish swims around the transparent tank, a webcam positioned above the water tracks its movements – detecting the contrast between the fish and the bottom of the tank – and relays them to an Arduino programmable microchip, which then mimics the fish’s movements by driving the vehicle in the same direction.

Art washes away from the soul the dust of everyday life.