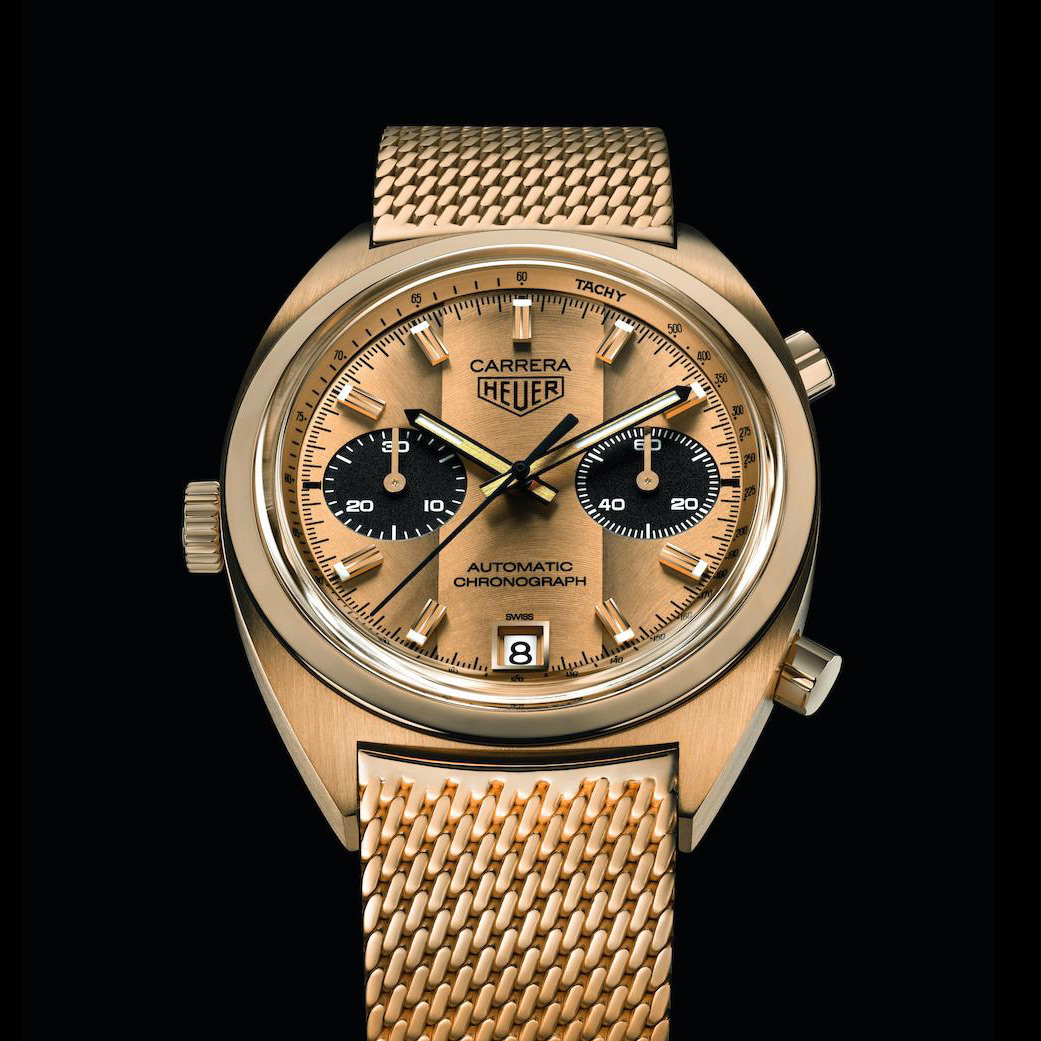 Unique re-edition of the Montre de Pilote presented to Ronnie ‘SuperSwede’ Peterson by Jack Heuer for his driving exploits at the 1972 German Grand Prix.

The watch, an 18k solid gold Carrera chronograph, is inscribed on the back ‘Success. Ronnie Peterson from Jack W Heuer.’ The 1158CHN bracelet watch is one of the most desirable and sought-after in the motoring world, confirmed by its staggering price of €97,740 – a world record for any modern TAG Heuer at auction.