The Elements of Euclid 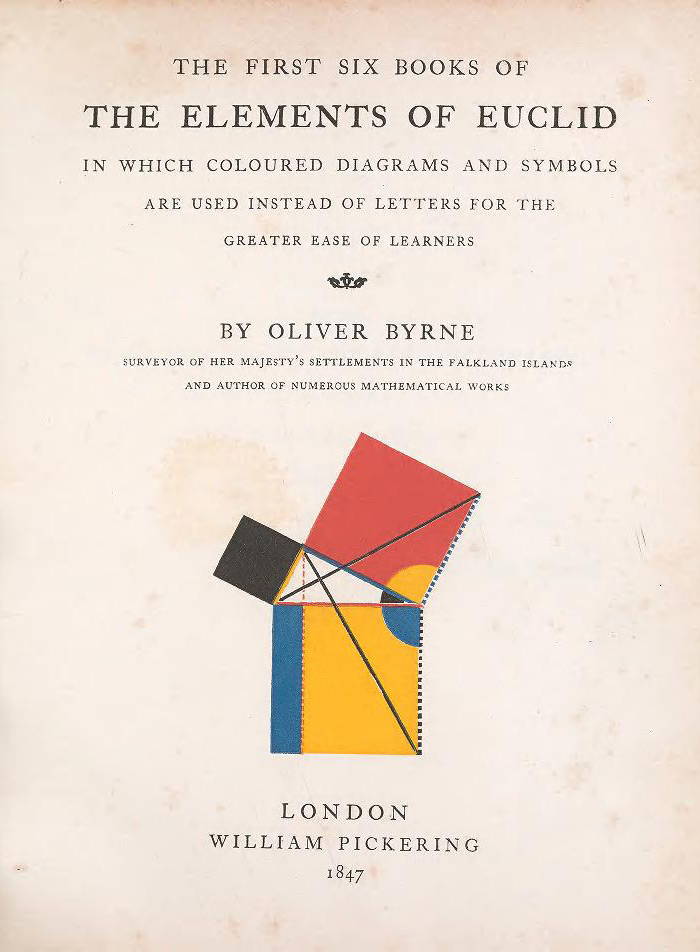 The First Six Books of the Elements of Euclid, in which coloured diagrams and symbols are used instead of letters for the greater ease of learners / by Oliver Byrne, surveyor of her Majesty’s settlements in the Falkland Islands and author of numberous mathematical works.

In his introduction, Byrne states that “the Elements of Euclid can be acquired in less than one third the time usually employed, and the retention by the memory is much more permanent.” To accomplish this, he used an innovative approach of employing geometric shapes and colors, instead of the traditional use of letters, for angles and lines, while also minimizing the text. 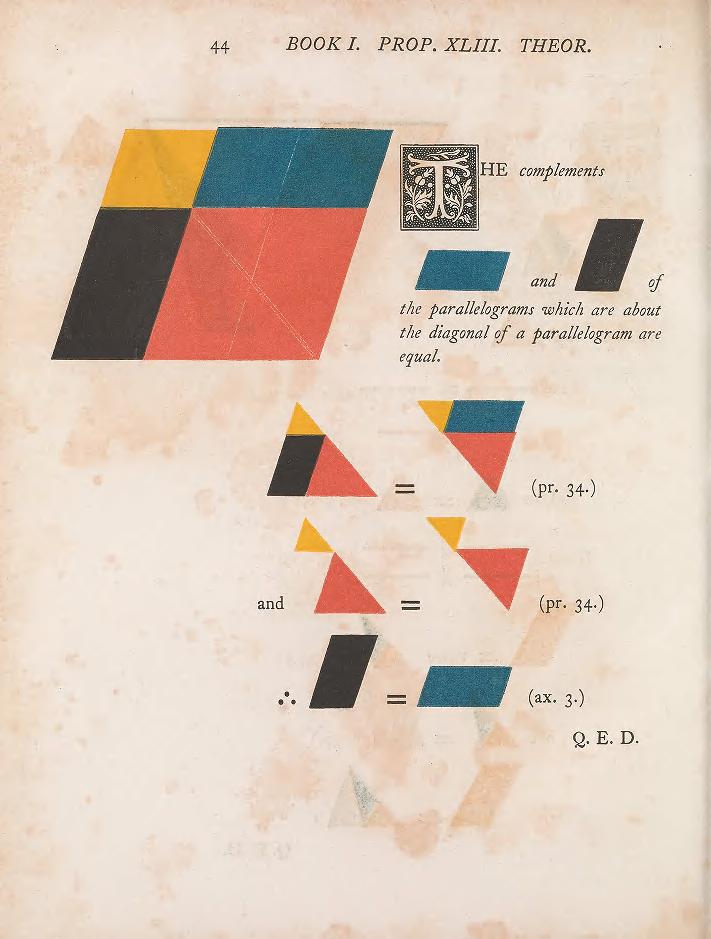 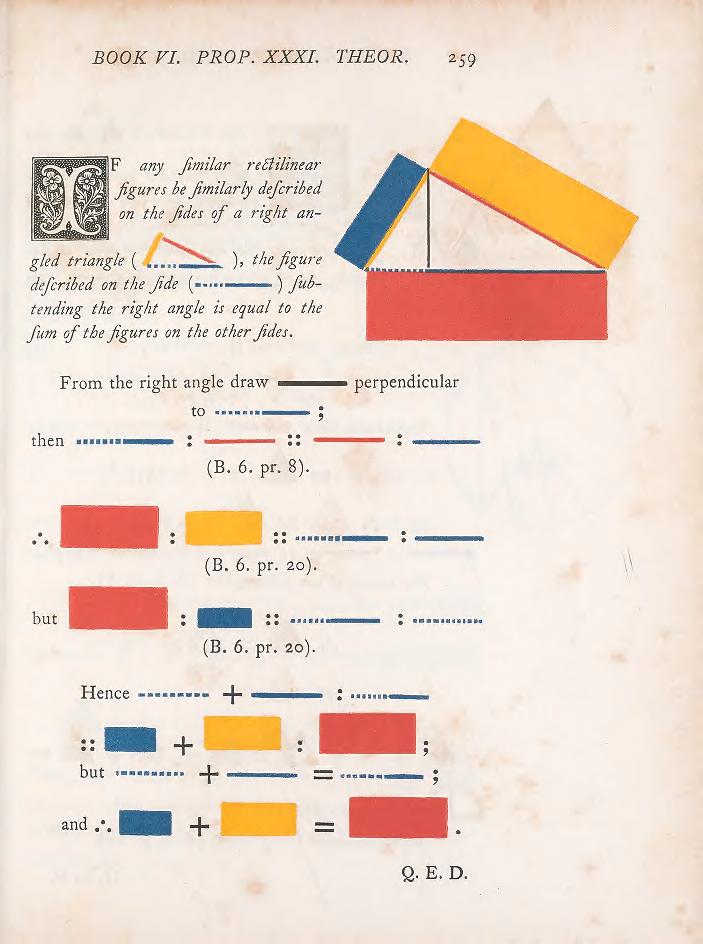 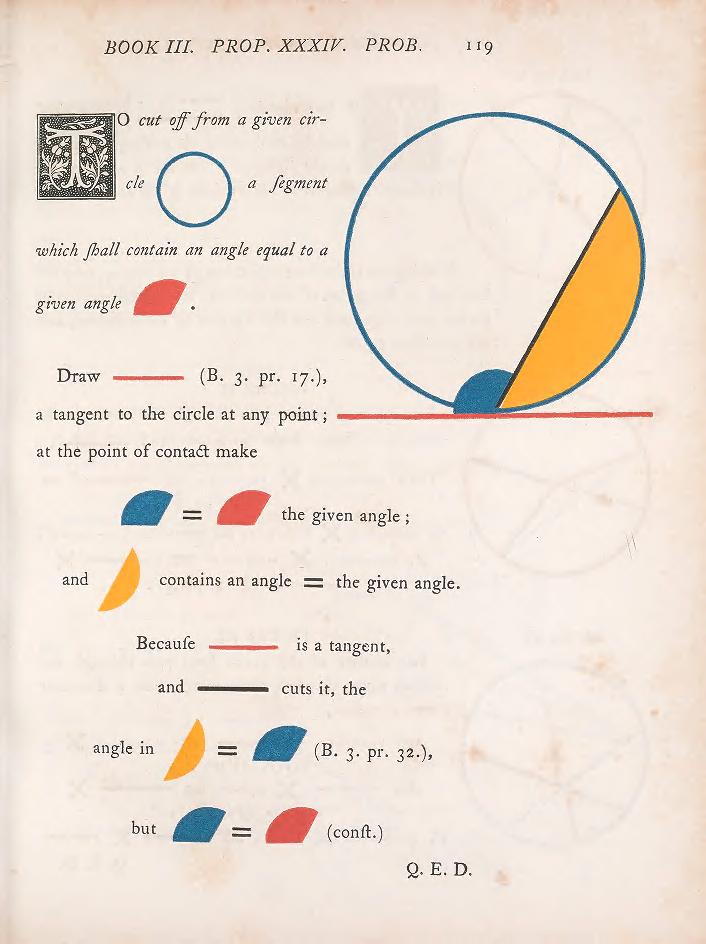 Whilst the result was a remarkable specimen in the history of book design, the book, however, sold poorly and bankrupted his publisher.