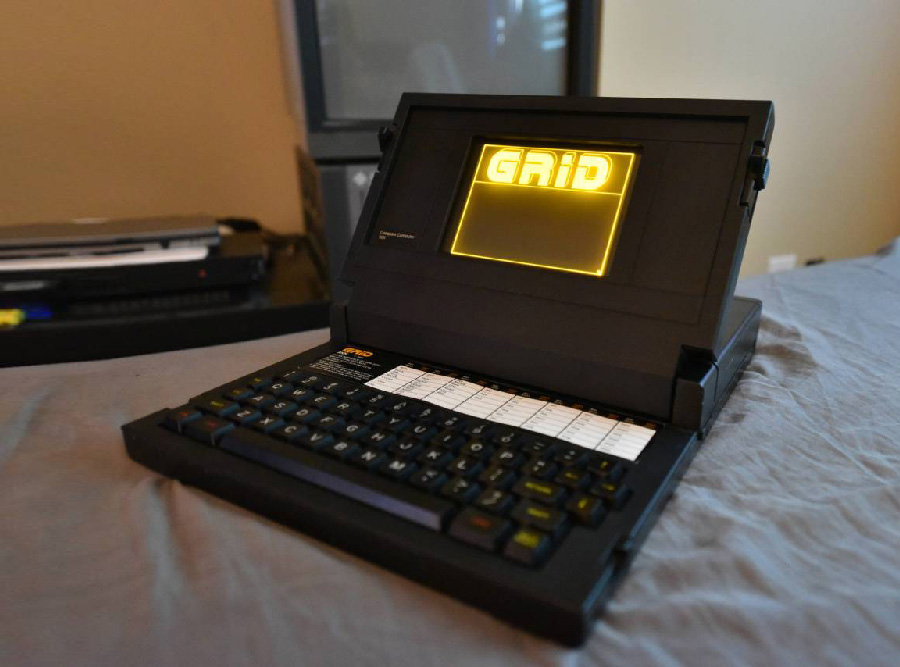 William (Bill) Moggridge (b. 1943), a British industrial and interaction designer, the current director of the Smithsonian Institution’s Cooper-Hewitt, National Design Museum in New York, is known as a pioneer of interaction design and one of the first people to integrate human factors into the design of software and hardware, as well as the designer of GRiD Compass 1100, the first commercial laptop computer.

Moggridge designed the computer in 1979, but the first GRiD Compass (the computer was announced in marketing materials as Model 1100, but it did not exist, the released machine was the Model 1101) was released in April 1982, at a price 8150 USD. The manufacturer was GRiD Systems Corporation, Mountain View, California.

Along with the Sharp PC-5000 and Gavilan SC computers, released in 1983, the GRiD Compass established much of the basic design of subsequent laptop computers, although the laptop concept itself owed much to the Dynabook project of Alan Kay.